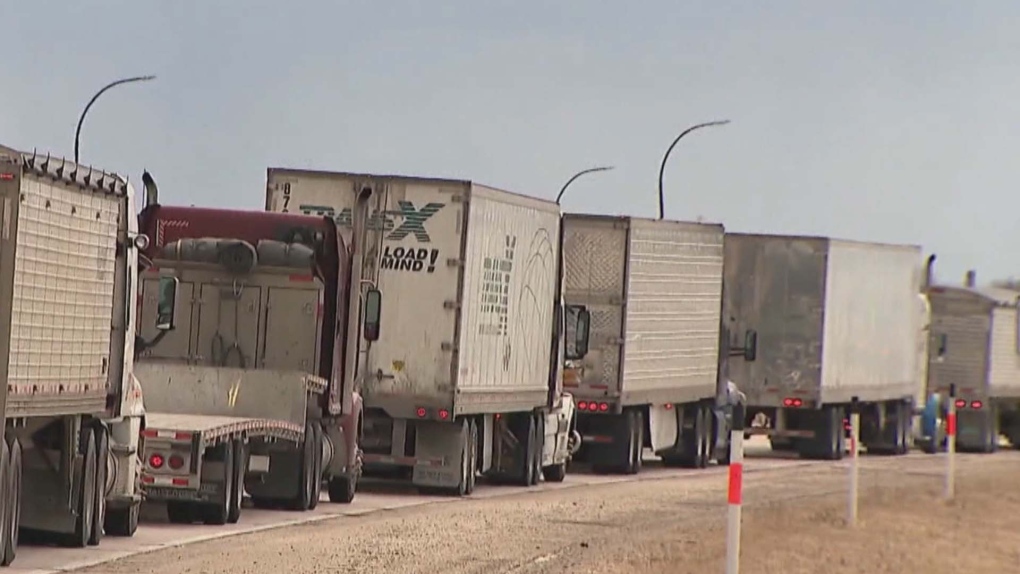 These Canadian industries are currently facing the biggest labour shortages

Businesses both big and small say they are struggling to find staff and employers have been offering more incentives to attract workers such as higher wages, bonuses, and flexible hours.

However, for those industries trying to recoup losses after months of lockdown, Jasmin Guenette of the Canadian Federation of Independent Business says perks may not be an option.

“Only 40 per cent of small businesses are making normal sales at the moment. So increasing wage is not something that is possible for many businesses,” Guenette previously told CTV News.

According to Statistics Canada, there were 731,900 job vacancies in the second quarter of 2021. StatCan said these vacancies can be seen across all provinces, with the largest increases in Quebec, Ontario and B.C.

Trevin Stratton, economic advisory leader and partner at Deloitte Canada, told CTVNews.ca the sectors that have been able to shift to a work-from-home model, such as finance, insurance and real estate, have seen “substantial job growth” throughout the pandemic.

“On the other hand, hard-hit sectors that rely on physical presence, like accommodation and food services, transportation and recreation and tourism, still have a way to go before being fully recovered from the pandemic,” Stratton said in an email on Tuesday.

Stratton explained that the relaxation of public health measures in recent months has allowed these sectors to increase their employment substantially, but further gains could be “limited by the unavailability of labour.”

While many industries have struggled to return to regular working capacity amid COVID-19, data shows that these sectors have the largest number of job vacancies in Canada:

As one of the sectors hardest hit by the COVID-19 pandemic, Deloitte Canada predicts that the labour shortages facing the hospitality and food service industry won’t be over anytime soon.

“We expect employment in accommodation and food services and information, culture and recreation to continue to experience substantial growth in 2022 but to remain below pre-pandemic levels for some time,” Stratton said.

StatCan says this increase was “entirely” in the food services and drinking places subsector. The agency added that food counter attendants, kitchen helpers and related support occupations had the second largest increase in vacancies of any occupation over the two years in Canada.

The general manager of Italian restaurant Romeo’s in Victoria, B.C. says there is less incentive for Canadians to go back to waiting tables full-time when they can collect pandemic benefits instead.

“They say they can only work so many hours because they know if they pass a threshold of hours, they can’t collect subsidies on the back end,” Christopher Mavrikos told CTV News in September.

However, the BDC report suggests the phase out of the Canada Emergency Response Benefit and other programs like it won’t fix the labour problem.

While some sectors have lost thousands of jobs during the pandemic, BDC’s chief economist Pierre Cleroux says the pandemic didn’t create Canada’s labour shortage — it just made an existing problem worse. He said the key problem is demographics.

“Today, 16 per cent of Canadians are over 65. In the next five years, many Canadians are going to retire,” Cleroux said. “And not a lot of young people are entering the job market.”

While the pandemic has increased demand for health services, many nurses report having left the profession after the stress of COVID-19 made their jobs more difficult and less safe, creating a shortage of health-care workers in certain regions and even forcing rural areas to temporarily close hospital units.

According to Statistics Canada, health care and social assistance currently have the largest need for labour of any sector in the country.

Job vacancies for registered nurses and registered psychiatric nurses had the largest increase of all health-care occupations since 2019, according to StatCan. The agency notes that nearly half of vacancies for this occupation have been open for 90 days or more.

While there aren’t yet firm numbers, there are reports that the pandemic has increased burnout among highly-trained nurses, causing them to leave the profession at an alarming rate. Others have chosen to retire early due to stress.

Health advocates say keeping the skilled nurses with better staffing and more mental health supports could help address the problem, as well as putting an end to wage cuts and caps in the profession with campaigns underway in Ontario and Alberta against efforts to limit wage increases in the public sector.

The agency says there were 65,900 manufacturing job vacancies in the second quarter of 2021, the highest number of vacancies for the sector since 2015. The increase was spread across several subsectors, with the largest gains in food manufacturing, such as meatpacking, and wood product manufacturing, according to StatCan.

The Canadian Meat Council — which represents Canada’s federally-registered meat packers and processing plants — reported in September that there are more than 4,000 empty butcher stations at meat production facilities countrywide, working out to an average job vacancy rate of more than 10 per cent.

Canadian meat packers say the shortage is in part due to the rules governing how many temporary foreign workers meat processing employers can employ at any one time and are lobbying the federal government to increase the current cap of 10 to 20 per cent, depending on the facility, to 30 per cent.

The construction industry has also reported a record number of job vacancies, especially in masonry, painting and electrical work.

According to StatCan, vacancies in construction increased to 62,600 in the second quarter of 2021, the highest number since 2015. Carpenters, construction trade helpers and labourers also accounted for a large portion of the rise in job vacancies, the agency said.

Job vacancies in retail trade increased to 84,300 in the second quarter of 2021, according to StatCan, with the largest gains in food and beverage stores, building material supply dealers and garden equipment shops.

With ‘help wanted’ signs in many storefronts across the country, Charles Kay, owner of Montreal furniture store Prunelle, says the responsibility falls to the employer.

“Some employers are getting a little bit burnt out because there just isn’t… enough hand to get the job done,” he told CTV News.

Trucking HR Canada, a national, non-profit organization working to address workforce issues in the trucking and logistics sector, reports that there was an average of 18,000 truck driver vacancies in the second quarter of 2021.

According to its latest report, the trucking industry had a vacancy rate of five per cent at the end of 2020. In comparison, the vacancy rate across all occupations in Canada was 2.7 per cent.

Trucking HR Canada says the trucker shortage will continue to put “pressure and stress on Canada’s economic recovery” if not quickly addressed.

“Trucking and logistics supports key economic sectors from retail/wholesale trade to construction, agriculture, forestry and mining, and more,” the organization wrote in its report. “One fact remains: the longer it takes to better address driver shortages – the longer it will take for full economic recovery.”