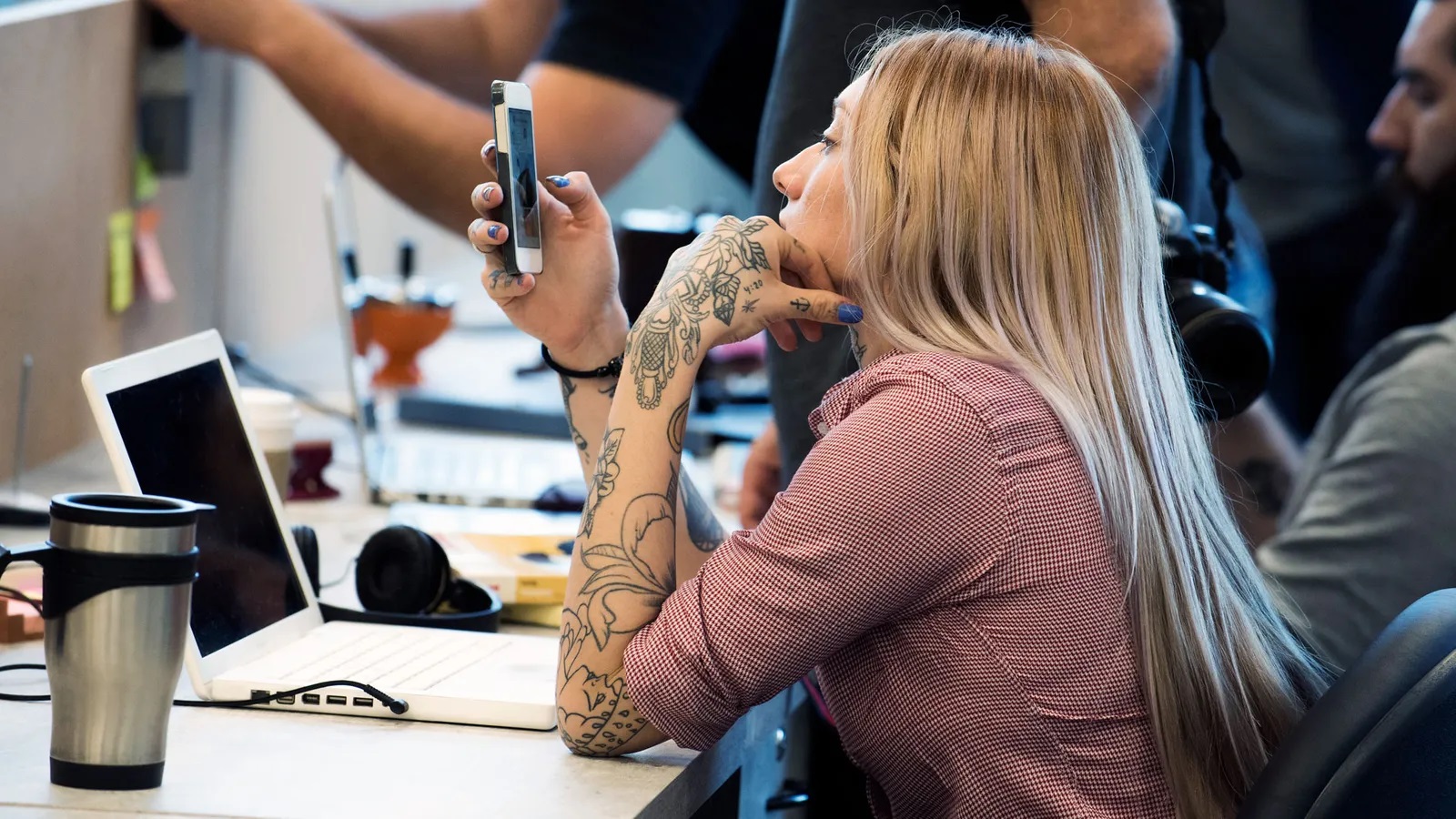 The case for a shorter workweek

More than ever, workers want to work fewer hours, saying they can be just as effective in less time – and happier, too. They may be on to something.

we’re living in an age of radical transformation in the workplace. Options like all-remote or hybrid – which were completely unthinkable for most people just two years ago – are now becoming part of work mainstream. The idea of shrinking the workweek is also gaining traction, particularly in light of recent examples of workforces who have successfully trialed a reduced-hours’ week.

A shorter workweek could take various forms. There’s the four-day week, where you reduce your working hours by 20%. There are different models; everyone at a company might take the same day off, or people chose the structure that works for them, like taking two afternoons off. Or you might just reduce the workweek by a certain number of hours, from 40 down to 36, for example. A commonality across all models is that you’re not cramming your previous work span into a shorter timeframe, like working 40 hours in four days; you are removing a portion of your total work time for the week. Most importantly, salaries remain the same.

Experts and workers alike are debating the idea, because the pandemic has forced us to take a long, hard look at the modern workplace, and associated themes like work-life balance, mental health and worker flexibility. Proponents argue that a reduced-hours working model can help address many current work negatives, making employees more productive, healthier and happier.

So, should companies really pay people the same salaries to work fewer hours? What’s in it for them, and what exactly is the argument for the shorter workweek?

Evidence suggests that one of the biggest advantages of working fewer weekly hours is that it makes people better workers. Research shows people get more done when they work fewer hours, and less done when they work more hours. For example, a 2014 study from Stanford University suggested that productivity plummets after working 50 hours a week; other experts suggest 35 hours as the optimal work time before productivity begins to decline, while one school of thought says we should only work six hours per day.

John Trougakos, associate professor of organisational behavior at the University of Toronto, says that’s because a typical day during a standard workweek of 40 hours just isn’t set up for efficiency. “Your energy cannot be sustained for eight hours straight. You’re stretching people’s attention over a long period of time, which is hard for them to do,” he says. “Thus, they’re going to be less effective.” To compensate, many workers spend chunks of time in an eight-hour workday scrolling through social media, shopping online or sending texts. One 2015 study showed that workers can spend up to 2.5 hours a day cyberloafing on the job.

A recent experiment in Iceland showed removing a few hours from the workweek “does seem to really make a difference”, says Will Stronge (Credit: Getty Images)

We don’t know exactly what the magic number of workweek hours for optimal productivity is. But proponents of a shorter workweek argue that employees on reduced hours will work more efficiently to fit necessary tasks into the available time, rather than putting in longer, potentially less useful, hours at their desks. “It changes the focus from hours worked to productivity – that is, from ‘busy work’ to the right work,” says Rachel Service, CEO of Melbourne-based workplace culture consulting and training firm Happiness Concierge.

One high-profile study in Iceland, conducted from 2015 to 2019, followed more than 2,500 government workers across diverse workplaces that went from 40-hour weeks to either 35 or 36-hour weeks with the same pay. The researchers found that the majority of offices saw productivity either remained the same, or even improved. For example, in the Reykjavík accountancy department, workers processed 6.5% more invoices once they started working fewer hours; at a police station, meanwhile, the shorter workweek didn’t negatively affect the number of investigative cases closed.

“When we talk to staff in a debrief, they say they have a greater awareness of the workload, and it’s a more heads-down atmosphere,” which makes people work more efficiently, says Will Stronge, director of Autonomy, a UK-based think tank that researches the future of work and analysed the data collected by Iceland’s Association for Sustainable Democracy, which worked with the Icelandic government bodies that conducted the trials. Stronge says that employees are more incentivised to get tasks done when they’re given the reward of a shorter workweek – that the “carrot” of a Friday off kept them going.

Generally, fewer hours also mean a more streamlined schedule in workplaces. “Things like excessive meetings and extended lunches get cut down,” says Trougakos. That’s what happened in the Icelandic trials; in some cases, managers said they replaced meetings completely with email, while others shortened meetings and only scheduled them before 1500. Time spent for coffee breaks was slashed, staff were encouraged to run personal errands outside working hours and shift times were adjusted to accommodate slow and busy periods.

It changes the focus from hours worked to productivity – that is, from ‘busy work’ to the right work – Rachel Service

“The key to achieving shorter hours was often flexibility in how tasks were completed, how hours of work and shifts were constructed, combined with interest and engagement in the process of shortening hours from the workplace,” the report says.

How it boosts health and wellbeing

The productivity boost derived from shorter working hours is about more than streamlining processes and incentivising employees with days off, however. A key factor, say experts, is that working fewer hours leads to happier, healthier, more engaged workforces.

We know that working long hours takes a toll on wellbeing. But shorter hours, that allow people to feel more rested, better able to juggle complex caring needs or even just spend less time distracted by personal tasks at work, come with a health and wellbeing boost as well as keeping workplace maladies like burnout, boreout and depression at bay.

“There is absolutely no doubt that when people have a good work-life balance and get enough sleep, time with their family and leisure time, they work much more productively and effectively,” says Jim Stanford, an economist and a director at the Centre for Future Work at the Australia Institute.

A 2021 study which followed Swedish workers for a decade, for example, showed that reduced working hours reduced stress, exhaustion and negative emotion. A 2017 study showed that cutting working hours by 25% improved sleep and lowered stress, while research from the 1990s showed that working only six hours a day improved workers’ family lives.

Shorter workweeks may not only give us the time to do the errands we can’t usually squeeze in, but help us reserve the energy to do them, too (Credit: Getty Images)

This gels with findings from the Icelandic experiment, too. At offices participating in the trial, workers’ self-reported wellbeing and work-life balance levels either stayed the same or improved. Stress went down, and workers reported having more time and energy to devote to hobbies, exercise, errands and friends, while parents said they had more time to devote to childcare. The Icelandic report didn’t make an overt connection between happier workers and increased productivity, but a 2019 study showed that workers are 13% more productive when they’re happier.

That means that in addition to helping the workers, the mental health knock-on effects of a four-day workweek help the firm’s bottom line, too. “You’re not going to pay costs for employees missing workdays, or being late, or taking sick leave,” says Trougakos. In 2017, Swedish researchers found nurses who worked 35 hours a week instead of 40 took fewer sick days, which reduced employer costs. Plus, if burnt-out people quit – something that’s becoming more common – the company incurs costs to replace them, and loses the expertise of the person who leaves.

Of course, there are multiple reasons why shorter working hours are not the silver bullet. It won’t work for every role in every industry, particularly in client-focused jobs, potentially deepening inequalities. Streamlining working practices may also require significant up-front organisation.

Yet Stronge says the Icelandic experiment helps demonstrate that removing a few hours from the workweek “does seem to really make a difference”. Right now, companies in Spain are rolling out trials that either shave a day or a few hours off the workweek (not all of them are keeping salaries the same, though), and US-based Kickstarter has said it’s going to try a four-day week in 2022.

The experts urge exercise caution and thoughtfulness when implementing these models of work, but they think now could be the time to try. “We’ve basically come to an inflection point as a society that allows us to do this. People’s minds are more open,” says Trougakos. “We’re already in upheaval and change.”