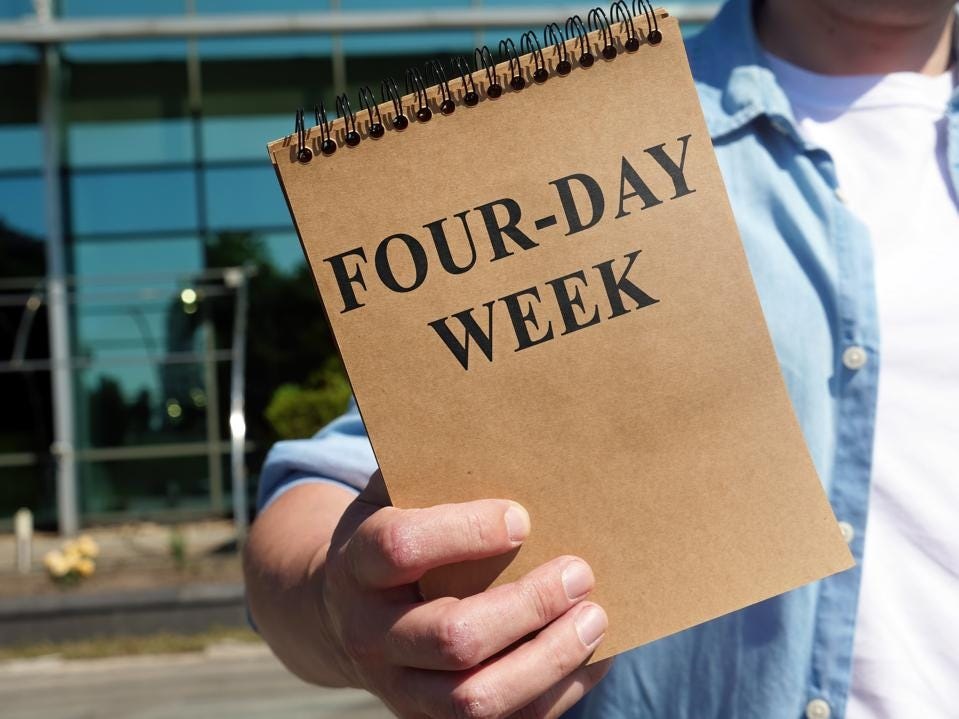 A four-day work week is better for workers, business and society. Yet, COVID-19 has made it more elusive than ever. The companies that can buck this trend may just come out ahead as countries emerge from the pandemic.

The push for a four-day work week has been gaining momentum in the western world. A think tank released a study in June 2021 of Icelandic experiences of a shorter work week. It showed that workers were happier and more productive with a four-day work week, and costs did not increase for their companies.

A shorter work week seems to be better for everyone, but it is being stalled by COVID-19. Remote workers have been working more, not less, during the pandemic.

Why Working Less is Better for You, Your Organization, and Your Community

When Reykjavik’s municipal government and a trade union confederation reduced work hours from 40 to 35-36 for more than 2,500 staff, a study found that their workers “enjoyed greater well-being, improved work-life balance and a better cooperative spirit in the workplace — all while maintaining existing standards of performance and productivity.”

The Japanese government has suggested that shorter working hours also have a positive impact on society. People can spend more time with their family and friends, which builds stronger, more cohesive communities.

Yoshihide Suga recommended in late June 2021 that Japanese companies give their workers the option of a four-day work week to help Japanese people achieve a better work-life balance. The government is hoping that this will make it easier for companies to retain better workers. They also assume that people will spend more money during their time off, which will stimulate the stagnant economy, and spend more time with their families, which will help revive a declining birth rate and ease the high health care costs of an aging population.

Evidence of Remote Workers Working Harder During the Pandemic

The reality these days is that people are working more – sometimes a lot more – than they were before the pandemic.

The Guardian reported that a study by Wildgoose found that 44% of U.K. employees (assuming most are professional remote workers) were expected to work more. The Guardian added that another study found that people were logged into their company’s VPN network for longer stretches of time, increasing from eight or nine hours to 11 hours in the U.S., U.K., and Canada.

Another study by the Pew Research Centre showed that of the people who can work from home, more than twice as many are working more hours after the onset of the pandemic than those who say they are working fewer hours.

In an analysis of the first and last email communications sent in a day by more than 3 million people in 21,000 firms in cities with government-mandated lockdowns, the National Bureau of Economic Research found the workday had extended by 48.5 minutes on average. There was also an increase of 8.3% in the number of emails sent after business hours.

Working Harder, But Not More Productively

The pandemic has made people seemingly more efficient, as they can spend more time actually working, rather than commuting. But this means days are packed with meetings with clients, stakeholders, and colleagues from around the world. Work days are not only longer, but more intense. And, because communications technologies do not turn off, people find themselves working at all hours.

What’s more, remote workers are trying to manage this more demanding work day while also managing a busier home life. Those with small children are having to not only manage their own days, but their children’s home schooling as well. The lines between home and work are blurred.

In Spite of the Trend, Some Companies are Pushing for a Shorter Work Week

Some companies are still looking to capitalize on the opportunity to recruit better employees, improve employee health, and contribute to a better society.

Kickstarter is piloting a four-day workweek starting in 2022. The company’s CEO, Aziz Hasan, said in an article that: “This decision stems from [their] belief that everyone who works for Kickstarter should have the ability to help propel the company forward while also pursuing their own creative projects, spending time with loved ones, and engaging with communities and causes that are important to them.” He even links to a website that is petitioning for a four-day workweek.

Hasan acknowledges that he is not sure how the business will run with people working fewer hours, but he is willing to experiment. We should all watch closely to see if Kickstarter will succeed where most companies have failed.